Experimenting with slow carb variations on the classics – it's a major blow to the tastebuds to have to forego roast potatoes done with goose fat and herbs .. but this (mostly stolen) slow carb variation on stuffing turned out reasonably well.

Very much a work in progress, so this describes what I've done the first time around – mostly for later modification by yours truly. The results from the following process were satisfactory, if not exactly outstanding.

Changes for the next iteration include way more spices, ideally some fresh stuff – and lots more cracked pepper. Perhaps some salt (this meal had effectively no salt at all – certainly no added salt). Perhaps a preserved lemon (there's the salt) in the cavity, and/or some lemon juice with the main mix. 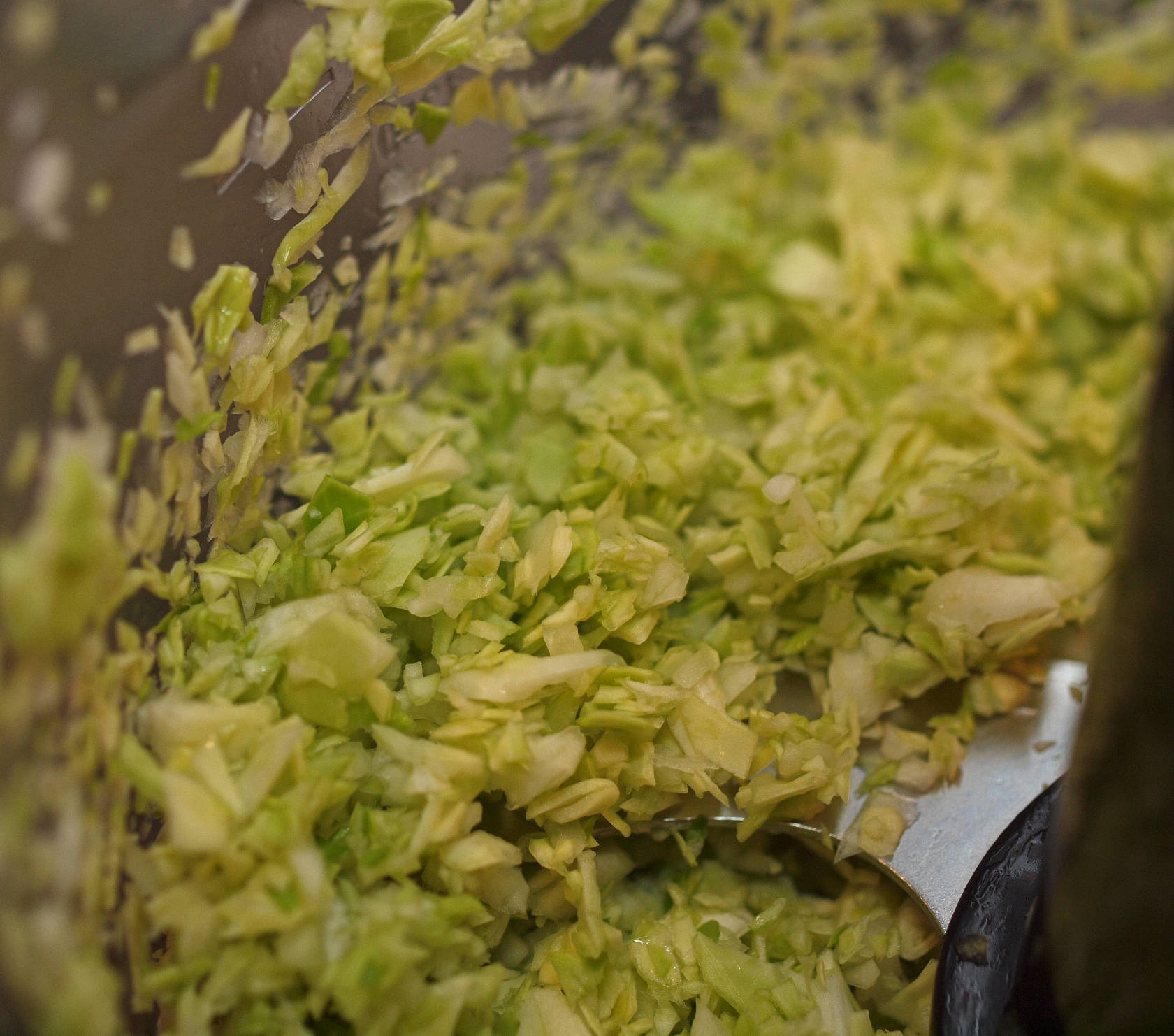 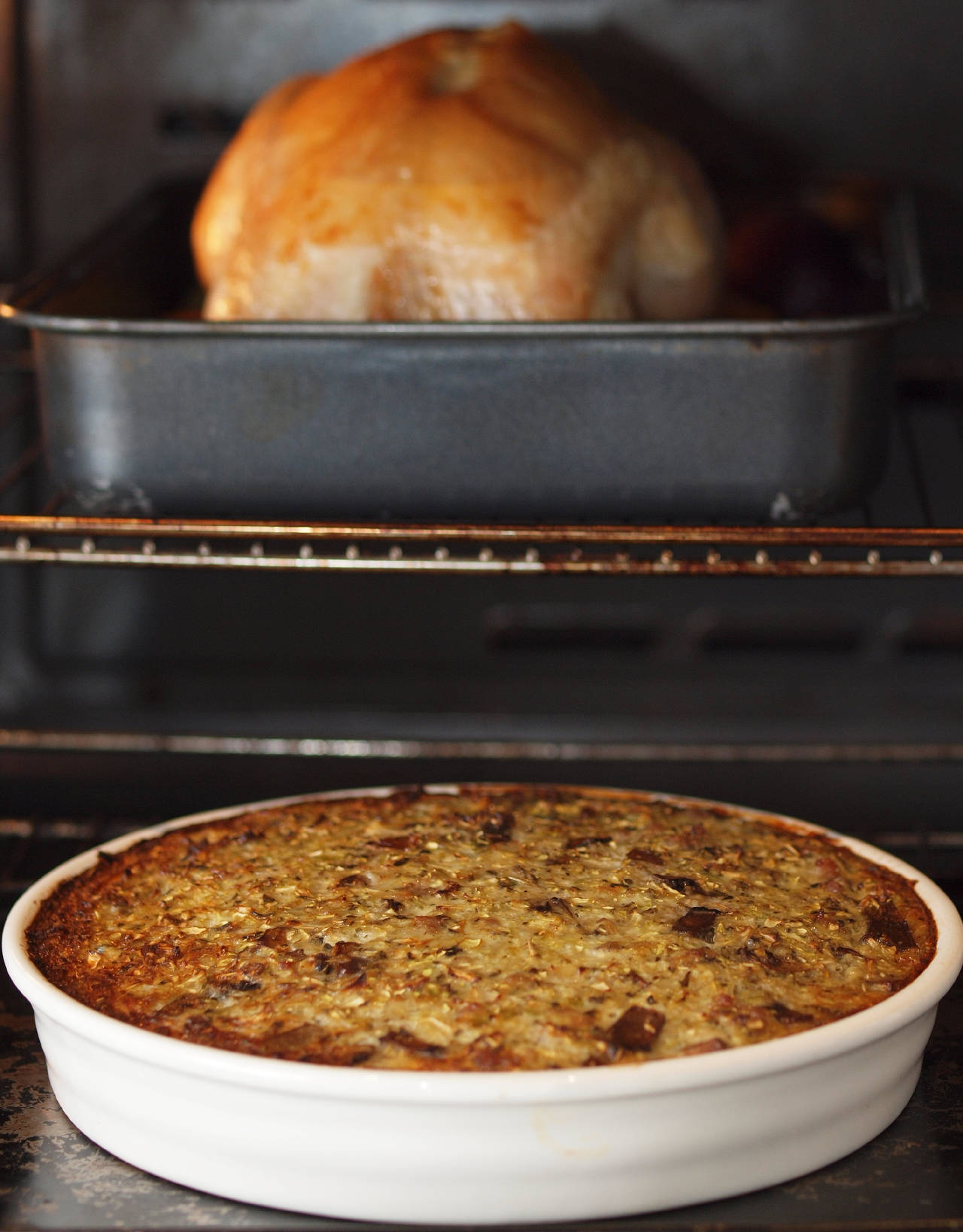 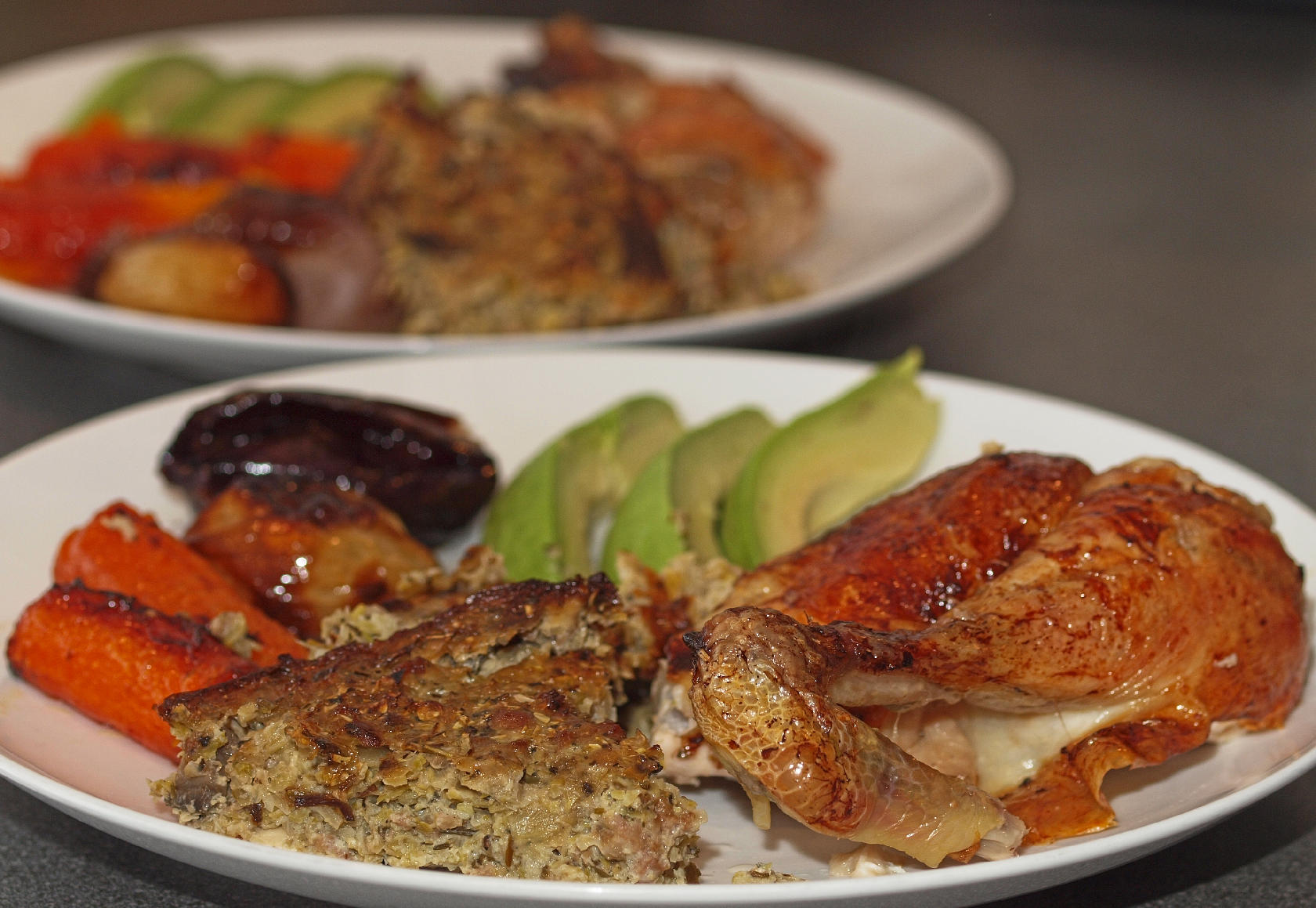 I used the food processor to blend the celery and onion, and then started to fry that mixture – mostly trying to reduce the water content, maybe caramelise the onions a touch.

Add the pork to the fry pan, and make sure that browns up nicely too.

Add some herbs to the fry pan. Stir, natch.

Whiz the cabbage in the food processor – this doesn't need frying, I don't think.

I roughly chopped the mushrooms as I'd like to see something with a bit of texture in the final result.

In a big mixing bowl I added everything – the residual herbs, the eggs, the hot stuff, the cabbage – and mixed together well.

The resultant gloop is a bit runny (you may not care - it wasn't much of a problem) but it could easily do with one less egg, and perhaps frying the cabbage a bit too in an attempt to reduce the moisture content. Could consider adding some gram flour to the mix, though that usually benefits from standing for a few hours, and one advantage of the above approach is that you're putting hot stuff into the cavity which helps the cooking process get started from the inside. Being a touch runny did make it easier to get into the cavity of the chicken, however.

Note that this produced a 20cm x 3cm dish of stuffing (see photo above) in addition to that which went into the 1.5kg chicken. This may be reasonable, depending on your tastes. It's (by weight, if not volume) 80% vegetables and perhaps 15% lean pork – so I expect it to be fairly healthy to have a large slab of the stuff (compare and contrast traditional stuffing, which is a lot of breadcrumbs).

The stuffing (in the ceramic dish) also started to brown up around the edges in 50 minutes – whereas the chook requires 90+ minutes. Either hold off putting it in for a while, or cover in foil. I'd suggest the latter just to dry it out a smidge.