Nota bene: this is a work in progress post, as I've started doing this in December 2020, and the bulk of the work is going to be in using free software tools to slice up, trim, and improve the quality of the clips from these hours of videos.

I've been sitting on a bunch of old 8mm films for years. They've been stored in a cardboard box in a shed that suffers the worst of Australian weather - sub-zero through winter, and over 50 degrees through summer.

I was fairly pessimistic that the films would still be serviceable -- combined with the costs of getting a commercial mob to do the conversion to digital, with no guarantees of viability etc, kept me procrastinating.

And if the film was ultimately hugely low quality or barely serviceable, it'd still be A$1500.

At that point, buying a basic 8mm / Super8 digital converter becomes compelling, given they're around A$800, and I did not need insanely high quality conversion.

There's not many choices on the market, most people end up with one of the Wolverines.

They do two models, with the Pro being slightly faster, have a better resolution (1080p rather than 720p, despite seemingly having the same sensor), but most importantly taking 9" reels (the 400' ones) which was an essential feature for me.

The thinking is that it will have some second hand value once I've finished with it. Plus the extended family may well pull out the proverbial shoebox of old canisters once they hear about it.

(Somewhat aside -- we have the original projector, though it's not something I've tried to power on, and certainly haven't / wouldn't use any of the original 8mm reels until I'm 100% sure I've got a good transfer of them, and replicated on several platters, at several sites.) 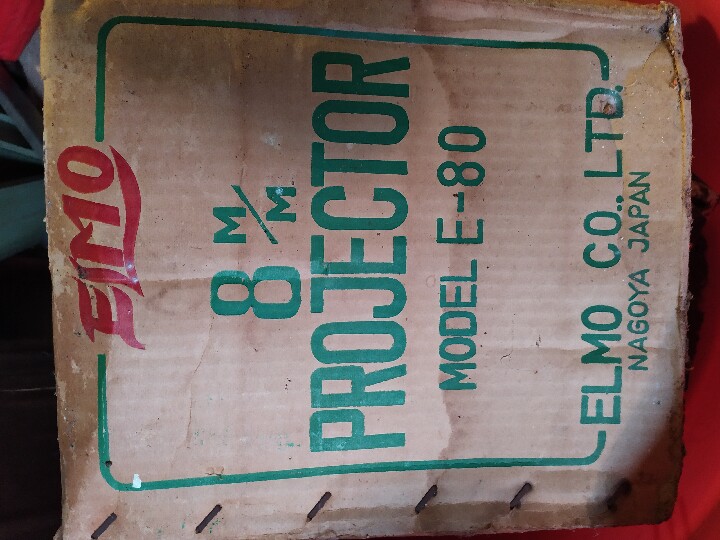 I've got some jittery films, and I can't work out the pattern there. It may be, as per the Wolverine FAQ, sprocket holes that are a bit out of shape, and I can experiment with rewinding the film then scanning it backwards. That gives you a cleaner edge to pull the film through with on the sprocket driver, and it's easy enough to reverse the digital output later.

There's plenty of discussion on various forums, including the 8mm Forum where people have similar problems, and some frustratingly painful workarounds are suggested, such as letting the film drop into a large box that you then have to re-wind manually later. Not much fun for 400 foot of film, and won't improve the life of the film either.

In terms of time - it takes about 5-6 hours to convert a 400 foot reel, assuming it goes without trouble. And I've not had a single roll go without trouble yet.

Splices are really confusing for the thing -- or perhaps just the splices that my dad made a half century ago. Splices either break, so the thing keeps recording blankness (easy enough to sort out in post), or it just sits there and clicks repeatedly (ditto) when the splice catches on one of the little white alignment tabs. I've also had the film just stop moving for no good reason. And occasionally the thing will stop, and the display will ask you to re-align the film. So, yes, you need to sit near it while it's running -- COVID19, and the consequent working-from-home, has been handy in that regard.